Ernestine Shepherd: Learn How This Grandmother Went From Flab to Fab

Ernestine Shepherd: Learn How This Grandmother Went From Flab to Fab

That all changed when Shepherd decided her health trumped all and hit the gym.

Here’s how Shepherd made her jaw-dropping transformation:

She started out slow. Those rippling muscles didn’t appear overnight. Shepherd said she began her workout regimen alongside her sister, starting with a simple aeorobics class.

She increased her workout incrementally. Shepherd said she had never given much thought to bodybuilding until a trainer at her gym suggested she start lifting weights.

She thinks big. Once she began to see the effects of lifting weights, Shepherd dedicated herself to becoming the oldest fitness competitor. Then, she took up running, which led to her completing eight marathons.

She eats smart. Shepherd’s diet may not be for everyone, but her focus on healthy foods is a lesson in restraint.

Shepherd said she eats several small meals a day as part of a diet plan she formulated with her trainers. She takes in 1,700 calories a day, mostly comprised of boiled egg whites, chicken, vegetables and a liquid egg white drink. And she is adamant that she does not use performance-enhancing drugs or even supplements beyond vitamin D.

She doesn’t overdo it. Shepherd said she bench presses about 150 pounds, but her trainer is careful not to push her and cause an injury.

“I have old things in my body,” she said.

She had an inspiration. Shepherd’s quest to become buff was launched alongside her sister, Mildred Blackwell.

But when Blackwell died in 1992, a year into the sisters’ training, Shepherd vowed to continue on in her memory.

She gives back. Shepherd said she wants other people, especially those who are older, to know it’s not too late to get healthy.

In addition to working as a personal trainer, Shepherd leads exercise classes for seniors at the Union Memorial United Methodist Church in Baltimore. 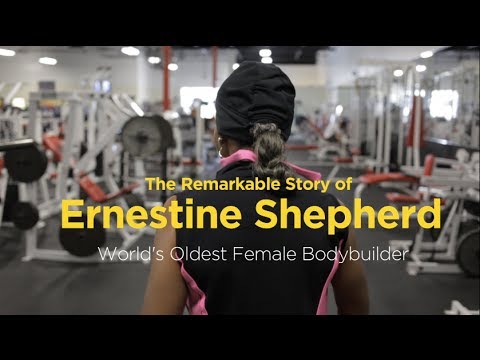 Latest from the blog

Got a question or inquiry? Drop us a note!